A Sign
A Trade Mark is a visual or audible identification of goods or services offered by the owner of the mark and used to distinguish his goods and services from those of another.

Types of Sign
A Trade Mark may be a word, combination of words, phrase, design or logo, sound, smell or shape applied to the product. It may be with or without limitation as to colour or style.

National Character
Trade Marks are national rights. A TM used or protected in one country does not enjoy protection in another country, where no use or registration exists. However, the protection obtained by a Registered TM can be extended to other territories by filing local applications for registration, as and when desired.

International Reach
Protection in a second country may benefit from the filing date in a first country, if it is filed within six months of the first application and “priority” is claimed from the first application.
This allows the TM owner to ensure the TM in question is protectable in a home country before incurring the cost of an extensive foreign filing programme.

Uk Trademark registration No. 1
The first UK registered Trade Mark was for the Bass pale ale label, with its red triangle device. This was filed on 1 January 1876 and the red triangle is used on beer bottles to this day.

Inherent Distinctiveness
One cannot register words which are descriptive of the character or quality of the goods/services on offer, as to do so would prevent legitimate use by others, in the same trade, who would simply be making use of the everyday meaning of the words in question. Nor can TMs generally be obtained for names which have a geographical reference which would therefore prevent others from referring to the geographical origin of their own products.

Selecting the right brand
A good Trade Mark is invented (e.g. Kodak) or provides a “skilful allusion to the character or quality of the goods or services” on offer under the Trade Mark without being descriptive. The less descriptive the selected Trade Mark, the better protection can be achieved, but the harder the marketing team needs to work at the outset in order for customers to understand the meaning of the brand (e.g. Gold Fish for credit cards or Orange for mobile telecommunications).

Term
A registered Trade Mark lasts indefinitely – but renewal is subject to periodic payments of a renewal fee.

Similar Trademarks
An application for a registered Trade Mark is subject to a search to identify any similar or identical pre-registered TMs filed in relation to the same or similar goods or services.
A TM application may be rejected if it conflicts with earlier TMs.

Self policing
Whilst many national Patent and Trade Mark offices offer some form of examination as to the novelty of the Trade Mark application, the UK office, amongst others, now publishes applications for opposition purposes and advises the owners of any earlier similar marks of the later application so as to allow them to decide whether or not to oppose the new application.

Oppositions
If a Trade Mark application is opposed, the owner of the application may be liable for any costs associated with the filing of the opposition and any subsequent proceedings.
However, often a compromise can be reached in which the new applicant amends the specification of goods or services so as to exclude those of the opponent.

Using the trademark
A TM should only be filed in relation to goods and services for which the applicant is already providing under that TM, or has an intention to do so in the future.
Speculative applications, where the applicant has no intention of using the TM in relation to the goods or services applied for, are liable to revocation and removal from the register.

Infringements
Trade Mark applications are filed in respect of specified goods and services.
For convenience, these are arranged in a well-defined international classification, system with particular goods, such as automobiles, being in one class and, clothing for example, being in another.
This has the potential for the same TM to be registered by different companies in respect of different goods & services, for example ITV own “Granada” for television programming, and Ford use “Granada” for motor cars.
However, this is not permitted where there is a likelihood of confusion or public danger. Such a danger may arise if a mark well known for use on detergents was to be allowed for use on soft drinks.

Evidence of trademark use
To ensure the maintenance of a Trade Mark at the renewal date, it is often necessary to make a declaration of use and file evidence of such use. Without that, the renewal may be rejected and the mark would be open to others to use or register. If such a situation does arise, the owner may simply re-apply for the TM before expiry. This can allow the owner a further period to establish legitimate use of the mark before the next renewal fee is due.
However, if a third party has applied to register the same TM in the meantime, then this ruse will not work.

Losing the trademark
A Trade Mark registration can be revoked if the TM becomes synonymous with the product or type of product. Examples of lost TMs include “Escalator.”
Some proprietors have to work hard to stop their trade marks falling into common usage to describe products of a particular type, regardless of who makes them.

The EU
European Trade Marks may be filed at the Office of Harmonisation for the Internal Market (OHIM), in Alicante, Spain.
Such TMs cover all European Community countries (being most of Europe – but not Switzerland, Iceland or Norway) in one application /registration.

Madrid
A single International Trade Mark registration is an effective way to seek extensive international coverage, once a TM has been registered in the owner’s home country. 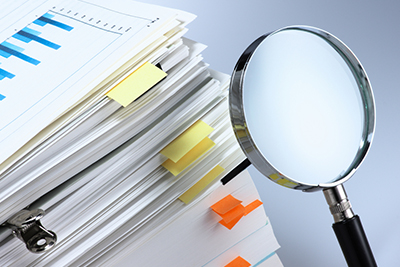